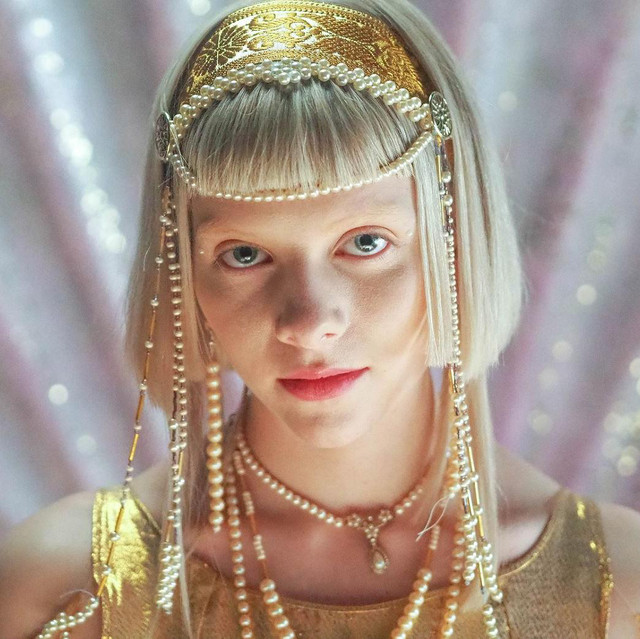 Aurora (known as Aurora UK in the USA) are English trance/dance producers, Sacha Collisson and Simon Greenaway, who have collaborated with guest vocalists Naimee Coleman, Lizzy Pattinson, Marcella Detroit and James Khari. On top of their trance and dance hits, they released an album of acoustic songs, such as the radio hit Dreaming, in 2002. 2006 sees Auroras return with a dance cover of the Texas single, Summer Son.
http://www.auroraproductions.co.uk/
http://www.myspace.com/auroragroup

Aurora is an Italian RAC band from Verona formed in 1998 , Aurora - official website

Aurora is a russian screamo band formed out of the ashes of another russian band pro'spect. they've recently released a demo.

Aurora ( formerly Aura ) was a British progressive/new age/space rock band that was formed in 1984. They released one demo tape ( also titled Aurora ) before disbanding in the late 80's due to various inter-band problems.


AURORA ( ＡＵＲＯＲＡ) is, for the most part, an unknown Japanese band. During their career, they only released one demo tape and two singles ('Philosophy' and 'Unconscious'). A bit more information can be found at http://www22.big.or.jp/~yunisan/vi/aurora.html.

Auróra was founded in Gyor, Hungary, by young local punks, Vigi (guitar/vocals), Galacs (bass), Polyak (drums) and Dauer (vocals). This was in 1982, at the height of the Hungarian punk blast, a period in which a punk gig caused big agitation, occasionally starting riots.
http://www.aurora.hu/

Aurora was the first Latvian indie rock band, formed by Ritvars Dikačs in 1987. Aurora's most famous hits were 'Barjera' and 'Sadauzītais Bundzinieks' which are still played frequently on radio and TV stations. Unfortunately, information is only available in Latvian: http://www.home.lv/raymond/aurora.html.

Aurora is also an Albanian act who had a hit in 2005 with the song 'Per Mua Ishe Ti'.

Aurora is a German Dark-Wave band and was later renamed to Aurora Sutra. Songs include The Land of Harm and Appletrees (1993), The Dimension Gate (1994), Passing Over in Silence Towards Nuit (1996) and I and I Shall Descend (1998).
http://www.aurora-sutra.com/

Aurora is also a Swedish avant-garde metal/emoband who have currently recorded three EPs.
http://www.auroramusik.se/ (not available in English)

Aurora is a Polish new wave group formed in 1987, disbanded and reunited twice.
http://dada.serpent.pl/aurora/ (in Polish)

Aurora is also a Chilean-based electronic project, although it's actually named .aurora_.

Aurora is a Connecticut based band who recently released their first album "Into the Sunset"
http://www.myspace.com/auroraact

Aurora is a 3 piece rock group from Sydney, Australia who recently produced their own professional quality home demo.
http://www.myspace.com/auroratrio

Aurora is a duo of rappers, Onry Ozzborn and Sleep.

Aurora is a now-defunct four-piece indie/alternative band from Seattle, Washington. More information can be found on their MySpace.

Aurora is a female singer from Indonesia.