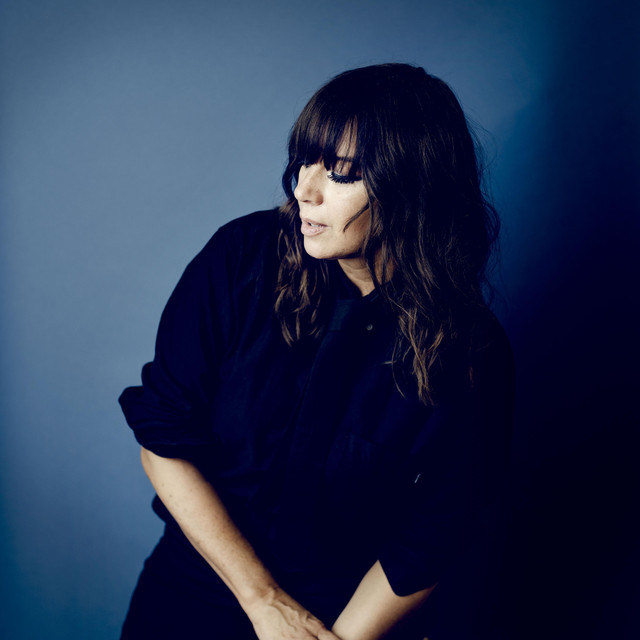 
Charlyn Marie Marshall, also known as Chan (pronounced "Shawn") Marshall, was born in Atlanta, Georgia, U.S. on 21 January 1972. After dropping out of high school, she started performing under the name Cat Power, while in Atlanta, backed by musicians Glen Thrasher, Mark Moore, and others. She soon moved to New York City, United States in 1992, then later opening for Liz Phair in 1994, she met Steve Shelley of Sonic Youth and Tim Foljahn of Two Dollar Guitar, who encouraged her to record, and played on her first two albums, 1995's Dear Sir and 1996's Myra Lee. In 1996 she was signed to Matador Records, and released her third album, What Would the Community Think, which spawned a single and music video, "Nude as the News".

Shortly following the release of What Would the Community Think Marshall disappeared from the musical scene, initially working as a baby sitter in Portland, Oregon and then moving to a farmhouse in Prosperity, South Carolina with boyfriend Bill Callahan (who performs under the name Smog). The plan was to permanently retire from music but during a sleepless night resulting from a nightmare, Marshall wrote several new songs. These songs would make up the bulk of Moon Pix. The album was recorded at Sing Sing Studios in Melbourne in eleven days with backing musicians Mick Turner and Jim White of the Dirty Three. The album was well-received by critics, and gained her recognition in the indie rock scene. However, during the subsequent tours she grew tired of her own material. This resulted in a series of shows during 1999 involving Marshall providing musical accompaniment to a series of screenings of the silent movie The Passion of Joan of Arc. The shows combined original material and many covers, many of which would later see release on The Covers Record, a collection of cover songs recorded at various sessions in 1998 and 1999. A selection of covers that didn't make it on to the album were recorded at Peel Acres, home of the highly influential and legendary British DJ John Peel. The session was broadcast on his BBC Radio 1 show and featured Marshall's own interpretations of Bob Dylan's "Hard Times in New York Town" amongst others.

In 2003 she resumed releasing original material with You Are Free, a diverse and critically acclaimed album that featured guest musicians such as Eddie Vedder, Dave Grohl, and the Dirty Three's Warren Ellis.

2004 saw the release of Speaking for Trees, a critically polarizing DVD which featured a single two-hour static shot of Marshall performing in a woodland. It was accompanied by an audio CD containing the 18-minute song "Willie Deadwilder", which featured M. Ward on guitar. 2005 found Cat Power out on the road again, touring the world and playing sold-out solo shows, including an Australian tour supporting Nick Cave. The shows largely consisted of material for her next album.

Cat Power's seventh record, The Greatest, was released in January, 2006. This was not a "Greatest Hits" record but rather a collaboration with Al Green's guitarist Teenie Hodges and many other well-known R&B musicians. A tour followed in the fall of 2006.

In 2007, she played live music for the spring/ summer Chanel Haute Couture collection in Paris and appeared in Wong Kar Wai's film My Blueberry Nights as Katya. Also in 2007, she became the first female ever to win the Shortlist Music Prize when The Greatest was voted album of the year in June. Earlier in the year she was nominated in the Best International Female category at the annual Brit Awards, alongside more mainstream artists like Christina Aguilera and Nelly Furtado.

Since then, she has released an EP called "The Dark End Of The Street" on vinyl, only.

Cat Power released her first original song since 2008 just before Christmas 2011 when an MP3 of "King Rides By" was made available on her official site, in exchange for a donation of at least $0.99 to the Festival of Children Foundation and the Ali Forney Center charities. (King Rides By Songfacts).