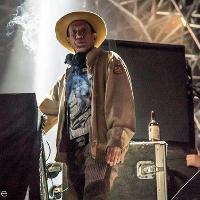 
A man like Dave Beer needs no introduction to the dance scene. DJ, producer and promoter of the legendary Back To Basics, the world's longest running house night; He was involved in house music from the heady early days of 1988 and the illegal rave warehouse parties that were synonymous with that time.

Dave found his vocation and started throwing parties of his own everywhere from disused libraries to old mills in the middle of the country. The parties were too popular for their own good and received far too much police attention! As the rave scene exploded to crazy new heights and with the Criminal Justice Bill looming, in 1991, Back To Basics was formed in an old gay club as a kick-back to the whistle blowing, white glove wearing, vicks rubbing and dummy sucking scene at the time.

Back To Basics is now a worldwide institution, with Dave being hailed the king of clubs by Mixmag for his party antics. Dave and his band of merry pranksters carry on their passion and their brand of hedonistic house into the future. Although in their earlier years they well known for their rebellious behaviour, when it comes to house music it is a different matter as the music policy of Dave and Back To Basics is a force to be reckoned with, shunning the commercial sound to bring high quality and cutting edge underground house music.

Dave is a regular at all the UK Festivals including Glastonbury, Bestival, No.6 and Gottwood, where he is a resident, as well as being resident at his own club Church Leeds and also having held a residency at We Love Space, Pacha and Home in London.

Dave has found time to guest at places around the globe, most notably playing to 40,000 people when warming up for Whitney Houston. More recently Leeds City Council made Dave an honorary son of Leeds and paid tribute to his contributions to the city, both culturally and economically, with the Symphonic Sounds of Back To Basics party in Leeds’ Millennium Square, in association with Opera North.

Here, Dave appeared on stage with a symphonic orchestra whilst he DJ’ed and introduced superstar guest appearance including the likes of Basement Jaxx, Groove Armada, Adamski, Corinne Bailey Rae, Robert Owens and Saffron from Rebublica. This was an overwhelming success and a highlight of Dave’s career.

Dave is mainly known as a promoter and purveyor of good times, and takes his music seriously. He is a producer in his own right and has worked with the likes of David Bowie, Chrissy Hynds and Robert Owens.

He has also worked under different pseudonyms such as The Blessed and Out Of Order. One thing for sure, seeing Dave Beer play is a never dull experience, as he always gives 100% into his performances, never failing to rock the party. Known for the occasional stave dive from the DJ booth, be prepared. 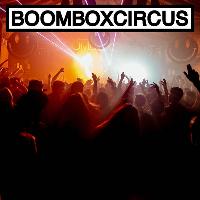